OK K.O.! Wiki
Register
Don't have an account?
Sign In
Advertisement
in: A to Z, Episodes, Multi-part episodes,
and 2 more

When Boxmore deploys a new threat, K.O. must turn to an old enemy for help.[1]

Rad and Enid wait for K.O. to film a dance video for K.O.'s video channel, but are surprised to find that he has made some other plans. They follow him outside, and find him meeting with Dendy, which Rad finds insulting. However, they become suspicious when it becomes apparent that the children are plotting, and follow the two behind the plaza.

Meanwhile, Darrell finds himself unable to focus entirely, and discovers that other versions of himself are essentially letting him run Boxmore on his own. Thinking this makes him his father's favorite, he goes to see him, only to discover Boxman Jr. gaining Boxman's affection. Darrell becomes angry, hurt, and sad, and becomes grounded, where he begins plotting to "do the most evil thing he can think of".

Back at the plaza, Dendy tries to help K.O. get to control T.K.O. so he can use the powers of T.K.O. without going super crazy. They are interrupted by Rad and Enid who were spying on them, who then started reprimanding K.O. thinking he's not capable of doing it. It causes K.O. to start to transform, but is interrupted by a massive explosion at the front of the plaza. They head there to see Boxman Jr. attacking the plaza. K.O., Rad, and Enid try to fight him but are defeated swiftly. Though they managed to hit the robot, Mr. Gar and Carol are easily outmatched by his powerful attacks and weapons. Carol's leg is broken in the battle, stopped in the middle of her and Gar's attack. K.O. begins to suggest that he should try to use T.K.O.'s power to defeat him, but Carol nervously laughs, and calls the others together. She began to rally them in, just as Boxman Jr. fires a missile causing the bodega's sign to fall from above. The others panic at the blast, not noticing the sign plummeting towards K.O. and Carol.

With time slowed down, letting him think, K.O. voluntarily begins letting T.K.O. out, as he feels the others don't understand that he's trying, and that only his darker half can solve their problem. K.O. saves Carol, and he begins to turn into T.K.O. Rad and Enid start to talk K.O. down saying he can't handle or control T.K.O., unknowingly triggering the transformation.

Within K.O's mind, he nervously approaches T.K.O., who is not at all happy with K.O. experimenting with his powers. While very briefly surprised when K.O. lets him out of the cage, he excitedly leaps out, and begins to attack K.O. However, when K.O. begs for his help to defeat Boxman Jr., T.K.O. is quite pleased. He then pushes K.O. into the cage, and proceeds to take control of their body.

Outside the body, Carol worriedly calls out to her son, only to be shocked, literally, when T.K.O. assumes control. After T.K.O. is released, he begins to fight Boxman Jr., sending him flying into the Boxmore building, flinging the G from Gar's store at him. T.K.O. leaps over to Boxmore to finish him. Rad and Enid fly after T.K.O. with intent to stop him, seemingly leaving Dendy behind. The fight continues through Boxmore, (to the glee of Boxman, and most of the other robots, who watch the battle in a theater room, with the exception of Darrell, who plots in his envy.), and though T.K.O. has power, he cannot completely destroy Boxman Jr., much to his growing irritation. Boxman Jr. brings the battle to Lord Boxman's glorb container, manipulating T.K.O. to go through it. T.K.O. swallows some glorbs, giving him a boost to his already incredible powers, and continues fight Boxman Jr. The impacts the two were creating were destroying the building, drastically. Enid and Rad see them fighting, but they almost fall into lava, as part of the building is collapsing. K.O., fearful for his friends' safety, begs T.K.O. to stop endangering them.

Enid and Rad, however, luckily manage to land on another catwalk. They notice the damage the building had taken due to the fight, then realize that they arrived with no way to stop T.K.O. Dendy who snuck on Rad's back, agrees that they would have been doomed, as they didn't bring her. Embarrassed, Enid and Rad sheepishly apologize, claiming they weren't thinking. Dendy, gives a momentarily scathing agreement, to the surprise of the teenagers, before she explains that she had been studying the relationship that K.O. and T.K.O. had. She then explained that she knew how to stop T.K.O., based on the research she'd been doing. Rad questions how she would do so with her technology, as T.K.O. was on a devastating warpath, literally spelling, "Ruin to all who oppose me.", in his own energy, growing angrier at not having yet destroyed Boxman Jr..

Dendy explains that they do not need technology, simply the bond they share with K.O. Having Rad and Enid fling her up, Dendy embraces T.K.O., causing him to freeze up, shocked, allowing Enid and Rad to grab him. She, Enid, and Rad hug T.K.O. tightly and say he is loved and appreciated, causing T.K.O. to be called back into K.O.'s mind.

K.O. feels their affection, and the cage in his mind shatters. T.K.O. is returned to the mindset, and after banging on the walls, the "monitor" to let T.K.O. see outside their body, he angrily grabs K.O., and demands to know if he wants his power. K.O., after a brief moment, declares that he can defeat Boxman Jr., to the surprise and confusion of his counterpart. K.O. decides to make a deal, using what he has learned from trading POW cards - "You have to give something to get something". He the requests to use T.K.O.'s power in exchange for something his dark side wanted.

T.K.O. informs him that all he wants is to fight. K.O., finding this agreeable, turns the mental cage remains into a punching bag. T.K.O. questions if this means no more cage, and K.O. affirms that, telling T.K.O. that if he used his rage within K.O.'s mind, K.O. would use it in combat. T.K.O. test the punching bag, and his energy flows through their shared mind. T.K.O excitedly punches the bag, proclaiming it "perfect", before K.O. asks if they have a deal. T.K.O. agrees to the terms, somewhat satisfied. They begin a handshake, but T.K.O. pulls K.O. closer, telling him "No takebacks." Their energies merge into chains, binding them to their agreement. K.O. then reasserts control.

K.O. wakes up floating and holding his friends. After putting them down and putting on a new sweat band, K.O. explains that he now has a handle on T.K.O.'s powers. He asks his friends if they trust him, which they affirm. He then goes to finish off Boxman Jr. After a difficult battle, in which K.O. utilized T.K.O.'s energy, though sustaining multiple blows himself, K.O. defeats Boxman Jr. with a double Powerfist, one blue, one purple, with K.O. and T.K.O.'s wristbands on the corresponding energy colors. Boxman Jr.'s head flew through the screen Boxman and his robot family watched him from, and into Boxman's popcorn, as his eye powered down, causing Boxman to scream in disbelief and horror.

K.O. returns to the plaza with his friends, (briefly worrying his mother and Gar, as they saw a silhouette of T.K.O.). Carol embraces her son, after being worried due to his transformation. She and Gar then question if Enid and Rad took out Boxman Jr., before the two, just getting back with Dendy, explain that K.O. took out the robot, to the surprise of his mother and Gar. K.O. thanks Dendy, who shyly returns thanks K.O. in return for helping her with her emotions, claiming that she'd made a breakthrough.

She then states that K.O. had made a breakthrough as well, to her friend's confusion. Dendy suggested K.O. refresh his P.O.W. card, and when K.O. does, he sees he is now a Level 1 hero.

Gar praises him, causing K.O. to almost float away, before his friends catch him, apologizing for looking down on him. They tell him they realized that he was their friend and coworker, and they should have trusted him accordingly. K.O. forgives them, but declares that as he is now a Level 1, they do not need to be concerned about him anymore. Enid and Rad declare that Level 1's still get noogies, and attempt to administer a few on their friend, before he slaps their hands away, much to their surprise and fear, before he tells them he recently got a haircut. He jumps away as the two nervously look at each other, awkwardly laughing, before Dynamite declares the end of the episode.

Meanwhile the Boxman family (except Darrell) are mourning the loss of Boxman Jr., having a funeral with a rattle in his crib. Darrell then comes in gleefully in his sailor suit, turning the lights on. Boxman furiously states he's sending Darrell to the furnace, as he noticed, obviously, that he had never like Junior. Darrell jovially says Lord Boxman has a more important call on the video phone. The screen turns on revealing an enraged Cosma. Lord Boxman nervously says that Boxmore is still working fine. But Cosma says it was working fine until Boxman Jr. (and T.K.O.) demolished it. She then fires Lord Boxman, who says he didn't need the job anyway. Cosma adds that he's getting fired from a cannon into the Sun. Boxman, shocked, is then surrounded by Darrells who grab him and turn into a cannon. Darrell reveals he ratted Lord Boxman to the board making Boxman furiously begin to yell, before Darrell presses a button firing Lord Boxman through the roof of the building, off of the earth, and finally into the sun. The rest of the robots wonder who their new "daddy" would be. Darrell then is presented by Cosma to be the new CEO of Boxmore, having shown great loyalty to the brand. Darrell, dressed in a cowboy suit, stating that "there's a new daddy in town". 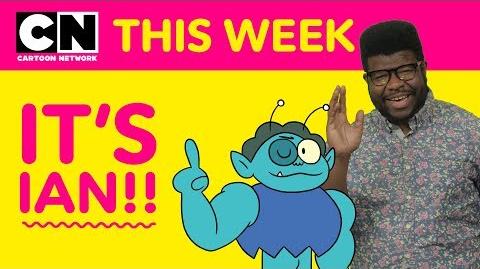 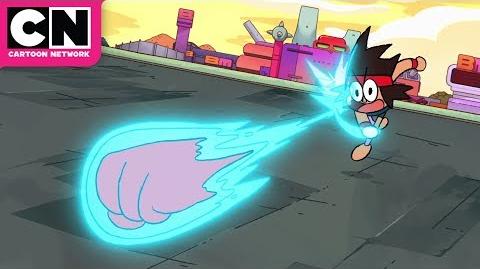 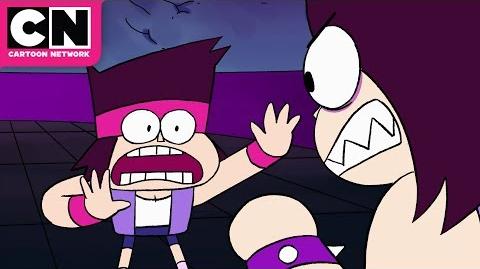