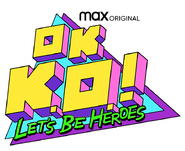 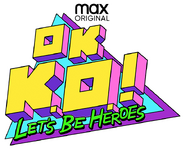 In case if my blog gets archived and people want to comment
I felt like no one has stated it elsewhere but would I be the only one who thought of this? But anyways, the blog title has stated this "Would OK KO have a chance on HBO Max if Cartoon Network decides to revive the show?"

As many have already heard, HBO Max is new streaming service that will be a competitor for Disney+, Hulu, and Netflix that will be coming in May or summer 2020. With 2019 almost wrapping up, 2020 will be the entering of a new decade. The only price is $15.99 or $14.99 I think? HBO Max is said to house WarnerMedia content such as Warner Bros. that includes TBS, TNT, Adult Swim, and Cartoon Network and many more. I've actually heard previously that CN Studios shows upcoming like Tig & Seek and The Fungies will be streaming on HBO Max as a Max original. In which, this is where the blog name comes from.

Now I already know people are upset with OKKO having a shorter run on the network and/or was not advertised properly when it ran on Cartoon Network. I think I have some theories why OK K.O. got suddenly chopped off from Cartoon Network and I was trying to see this as my experience: (Keep in mind, I'm not saying these are the correct answers, but this is what I think the possibilities are why the network axed the show):

These are 5 MAIN points I can think of:

The issue with this method is that people cut cable and can't get Cartoon Network. I've seen people wanting ways to watch OKKO legally without resorting to unofficial ways. Remember the tweet Ian gave out why OKKO ended? He linked the tweet that Owen Dennis, creator of Infinity Train stated of how networks select what shows can be renewed. It talks about people getting big prominence in social media and talking/liking the show. Not only that, but the show crew advertises the show more than the network. Couldn't the network do their part? I think that's how people was lost if OKKO has new episodes. Ratings is already a thing in the past, in which the reason why OKKO didn't get much audience was because again, people couldn't watch it legally or couldn't purchase on iTunes and Amazon for example. OKKO did have an audience for the last season but this came too late when Cartoon Network pulled the plug. It trended when the Sonic crossover ep announcement and was able to get a good time slot for the 1 hour special event.

Enough about my reasons but now onto HBO Max. I'm not trying to complain but I felt like the amount of OKKO wasn't enough. In fact, they have so much episode ideas they wanted to do but couldn't due to its limit: see here.

Since Steven Universe has Steven Universe Future and Adventure Time having Adventure Time: Distance Lands in HBO Max and even We Bare Bears has its own spin-off (which I think it wasn't necessary). Why not OKKO at least get something more. If the network didn't felt like the show did well on its own channel, couldn't they have done it in HBO Max? After all, OKKO was more watched in streaming, plus with that maybe:

In conclusion, if you want to more OKKO content. It's more best to reach out to Cartoon Network. Ian did say to talk to Cartoon Network if you want more OKKO. BUT do it politely and maturely. It's more better to be professional than ranting on them about it, talk with them of having the show on HBO Max rather than on the network. Also, I don't think Christina Miller was the reason for ending OKKO. I do not know how the process goes and I don't work for Cartoon Network. I'm just stating my thoughts and what you can do.

If people petitioned Infinity Train to become a series and was able to be a series, then why not get OKKO revived?