OK K.O.! Wiki
Register
Don't have an account?
Sign In
Advertisement
in: Article stubs, A to Z, Episodes, Season 2

When a new substitute shows up, K.O. and Dendy decide they need to get their old teacher back.[1]

At Lakewood Plaza Elementary, Miss Quantum is replaced with Ernesto who begins enforcing memorization instead of actual learning. K.O. and Dendy realize that they need to get their old teacher back who does not want to return and instead go back to her original passion, being a supervillain named Bad Apple. 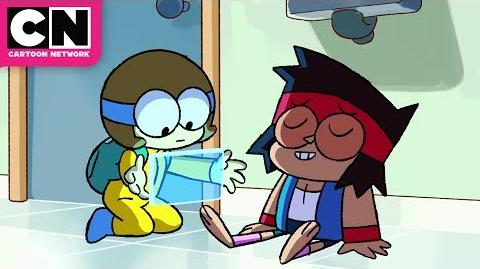