OK K.O.! Wiki
Register
Don't have an account?
Sign In
Advertisement
in: A to Z, Episodes, Season 2

TKO is getting restless.[1]

Inside K.O.'s mind, it is revealed that K.O. created a house for T.K.O. T.K.O. goes through his day within the mind bored, and is irritated with K.O. being able to exist outside the mind. However, when he sees a figure that looked like Shadowy Figure, he loses his temper, overcharging K.O., and forcing him to chase the individual, who actually turns out to be Pird.

K.O. realizes that he needs to have a talk with T.K.O, and heads to the break room to meditate and speak with his alter-ego. T.K.O is initially unresponsive to K.O.'s prodding, but T.K.O. eventually loses his temper again, telling K.O. that just having a home in the mind isn't enough- and that it's "K.O.'s world, and I'm just living in it."

Furthermore, he reveals that he blames Shadowy Figure for his current state, and wishes to demand answers- answers around the circumstances of T.K.O.'s existence.

K.O., who admits that he had been trying to avoid the subject, decides to help his counterpart. They then go through K.O.'s memories for clues, coming to the joint conclusion of "The dude likes glorbs."

However, the only area that the two know to get glorbs is the area under the plaza. K.O. is reluctant to break in, so T.K.O. demands a turn. However, K.O. refuses due to T.K.O.'s aggressive nature, which sparks a small fight between the two.

K.O. eventually decides to compromise, with he and T.K.O. operating different sides of "Big K.O." (Their body). They try to use it, managing to make it under the plaza, (however, they are incredibly unstable, not even able to walk properly). T.K.O. impatiently knocks down the door, causing the two to argue. How, they stop soon after they notice Shadowy Figure passing through, right in front of them.

They attempt to face him, but due to the instability between their actions, they cannot move well, barely even able to stand up, and fall down when Shadowy Figure throws down a banana peel. Shadowy Figure mentions that he thought there was some improvement in the fight against Boxman Jr., but now, the two are "just a mess."

Within the mind, T.K.O had all but given up, depressed, while K.O. materializes a device he saw in a movie, along with techno-suits, to help himself and T.K.O fight as one, to T.K.O.'s confusion. K.O. manages to convince T.K.O. to work with him, and the two suit up, and plugged into the machine. The two merge synergy, resulting in a parallel nosebleed with both.

Outside, their body flashes, revealing P.K.O., who promptly attacks Shadowy Figure. However, despite being more powerful, the double is thrown bodily across the sanctum, crashing through a wall.

After checking if K.O. was alive, T.K.O. and his counterpart tried to regroup. K.O. apologized for his inexperience with flight, while T.K.O. forgives that, mentioning that at that point, they don't actually need to fly, just…fall. Understanding, K.O. helps him up, and their body gets recovers, launching and landing a powerful kick on Shadowy Figure's chest.

The two then demand answers on T.K.O's creation, only to discover that he's simply the incarnation of K.O.'s negative aspects, and that Shadowy Figure simply helped to give him form. When they demand why he created him, he tells them that it was for getting under the plaza, to get the glorbs there, for their great worth.

K.O., disgusted, decides to take Shadowy Figure down, but T.K.O. doesn't buy Shadowy's story, having noticed that he knew so much about them, what made them tick, their goals, friends, too much to just be about glorbs. He furiously demands to know why Shadowy cares so much about them, throwing a punch, but accidentally disconnecting his cable, making the body temporarily inert, and Shadowy Figure escapes.

K.O. and T.K.O. go back to T.K.O.'s house, when K.O. consoles T.K.O., who, disappointed that he doesn't know his purpose, with the fact that he belongs with K.O., being a part of him. T.K.O. cheers up a bit, and volunteers to help K.O. fix the door he broke. He then realizes that K.O. had to go back to the real world. However, K.O. decided to stay for a while, and played a video game with his counterpart. 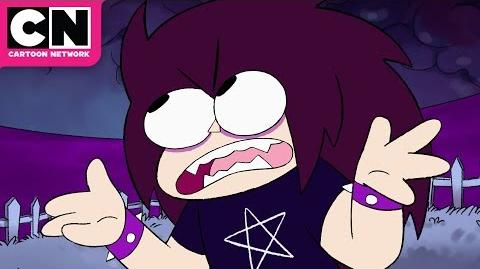 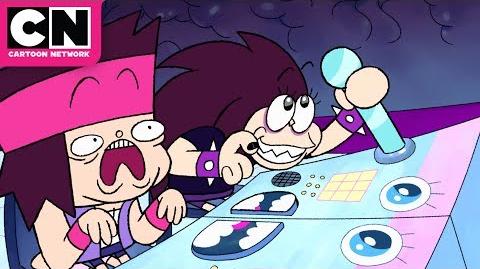