OK K.O.! Wiki
Register
Don't have an account?
Sign In
Advertisement
in: A to Z, Episodes, Shorts
English

The shorts (or minisodes) of OK K.O.! Let's Be Heroes are short 2 minute videos that began being made and released prior to the series premiere. The first short was released on February 4, 2016 with "KO". There are only thirteen shorts. The ordering of the shorts are considered "soft canon" meaning that it has an arbitrary order within each other and the episodes.[1] The "KO", "Enid", and "Rad" shorts were the first concepts that drove the production of the show to get greenlit.[2] 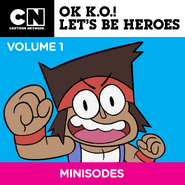 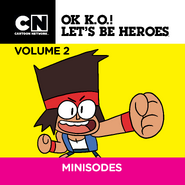