Season 2 is the second season of OK K.O.! Let's Be Heroes that was first mentioned on October 2, 2017[1] and officially announced by Ian Jones-Quartey on his Twitter on December 7, 2017.[2] Season 2 started production from spring 2017 and ended on January 2019. Two episodes produced in the season aired before the season one finale. There are a total of 40 episodes.

Season two will be even more heroic for the titular optimistic hero K.O., Enid and Rad as they continue to level up with all new adventures. There are new threats and villains on the horizon as mysteries of Lakewood Plaza Turbo begin to reveal themselves. In addition to OK K.O.! regulars, the new season will debut some new heroes in special crossover episodes.[3]

Season 2 went on a short summer hiatus after "Dendy's Power" on May 18, 2018 and returned on July 2, 2018 with "Special Delivery" and the first four POINT Prep episodes, which aired on the Cartoon Network app three days before. The time slot of new episodes were moved to 7:00 am on that day. On July 21, 2018, it was announced at San Diego Comic-Con that Garnet from Steven Universe, Ben from Ben 10, Raven from Teen Titans Go! will appear in a special crossover episode "Crossover Nexus" that aired on October 8, 2018 at 6:30 p.m.

During Fall 2018, Cartoon Network's scheduling with the season displayed with inconsistencies of the Cartoon Network app airing of "Final Exams", "Soda Genie", "CarolQuest", and "Boxman Crashes" to be aired on TV after the season's specials "Crossover Nexus", "Monster Party", and "Super Black Friday". [5] "Crossover Nexus" had aired on October 8, 2018 at 6:30 p.m. and "Monster Party" and "Super Black Friday" were moved to Sunday at 4:15 p.m.

After the online airing of "Plaza Alone" and the broadcast airing of "Super Black Friday", the season went to a five month hiatus and returned on May 10, 2019 with the online release of "All in the Villainy", "Sidekick Scouts", "Whacky Jaxxyz", "Project Ray Way", "I Am Jethro", and "GarQuest" and May 12, 2019 with the televised broadcasting of "Final Exams", the final episode for the POINT Prep story and "CarolQuest" at 4:30 p.m. and continues to air the second half of the season Sundays at 4:30 pm up until the season 2 finale, "Dark Plaza" on June 30, 2019. 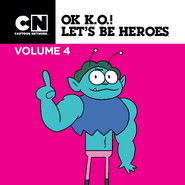 iTunes and other distributor platforms 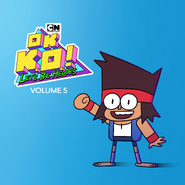