San Diego Comic-Con is a convention held every year since 1970, where content of a wide genre of media is exposed, and new informations are released. Cartoon Network's shows often take part on it.

OK K.O.! Let's Be Heroes held a panel on July 21, 2017 and attended by Ian Jones-Quartey, Toby Jones, Kate Flannery, and Courtenay Taylor. Panel was moderated by IGN's Alanah Pearce and there was an autograph area for limited signing. A Cartoon Network booth was also shaped like Gar's Bodega, with exclusive blind boxes.[1]

OK K.O.! Let's Be Heroes did not have a panel, but took part in the "Cartoon Network Creators: Drawing on Inspiration" panel, on July 21.[2] 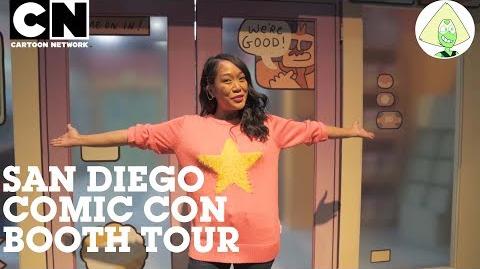 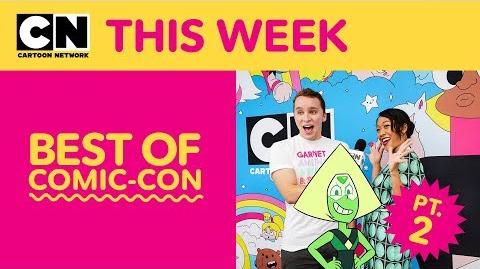