OK K.O.! Wiki
Register
Don't have an account?
Sign In
Advertisement
in: Article stubs, A to Z, Episodes, Season 1

K.O. decides to help Ginger recapture her glory days from when she was a candy thief. So K.O. and Ginger come up with a huge plan to steal a candy that makes you young again. 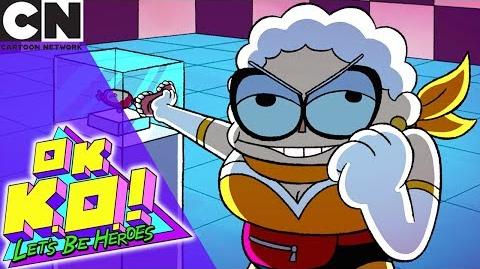