OK K.O.! Wiki
Register
Don't have an account?
Sign In
Advertisement
in: A to Z, Video games, Media, Merchandise

When Lord Boxman resets the card levels of every hero in Lakewood Plaza, it’s up to K.O. to help his friends and secure his place as a true hero. Battle Lord Boxman’s evil robot army in fast-paced brawls, explore the mall to find quests to complete and level up special POW cards for new abilities to put the pain on Lord Boxman’s most diabolical scheme yet.[5]

The plot starts when the Pow Card Industries manufactures a new Holo-foil Pow Cards that allows the person holding the card to summon heroes anytime they want, after Lord Boxman is defeated by K.O. again, he decides to buy the Pow Card Industries as payback to all the heroes of Lakewood Plaza Turbo by causing a whole reset of the Heros' Pow Card levels.

K.O. decides to help by raising morale after hearing from Dendy that he can bring back their levels by accepting quests from them, Boxman attempts to stop this by creating robot versions of the heroes to cause mayhem only for K.O. to destroy his whole line entirely, while questioning what's K.O.'s Powie Zowie is, Mr. Cardsley reveals that K.O.'s Powie Zowie is the "Cute-a-Clysm", after seeing that Powie Zowies are programmed based on the person's characteristics, Boxman programs K.O.'s Powie Zowie to release T.K.O. who after escaping destroys the plaza, after seeing that nobody blames K.O., he decides to hire him under the impression that he will stop destroying the plaza if he does work for him.

Without any other choice, K.O. goes to Boxmore only to discover that Boxman wasn't going to keep his promise, after escaping he discovers, unfortunately, that his friends, mom, and boss have come to Boxmore to save him only to be captured, after rescuing them, Boxman uses his robotized fortress in an last attempt to destroy Lakewood Plaza Turbo only to lose again, K.O. later discovers that he has become Level 1 and celebrates with his friends, only to be interrupted by Boxman in another attempt to destroy him again.

The main character and the only playable character, is K.O..

Pow Cards are a very important feature in the game. The player is able to collect Pow Cards to use for trading and for gaining Powie Zowies. You can buy them from the Pow Card Machine, there are secret cards you get by inputting the right codes in the machine, and some you get from the character themselves. A card's Powie Zowie is unlocked after you complete quests to that card's character. They are only available for use during battle and, upon use, it will summon the hero tied to the card to aid in combat. They can be used an infinite number of times in between cooldowns.

Presumably, the first Pow Cards that will be made available to the player are the Carol, Radicles and Mr. Gar. Other cards can also be obtained extremely early on, as Rad will direct K.O. to use the Pow Card machine. K.O. will also have possession of his own card which, at the start of the game, is at power level 0.

After a few days in-game, the arcade will open and you can play 2 minigames. In one game you fight the Boxmore robots in multiple waves, where you can try to beat records.

The other one is a Claw Machine, where you can get blind balls, paying a golden coin to play. Someone is trapped in a ball and asks for K.O. to help them out, by getting the ball with them inside out of the machine. A golden coin appears every day around the plaza, as a small, yellow sparkle on the ground.

The moment when the blind ball that the person is in it is received and out of the game, the person is revealed to be Holo-Jane, who ate a small burrito from Beardo and used her powers to get the prize in the ball. Unfortunately, her powers don't work inside arcade machines and the burrito hasn't worn off. She thanks K.O. and gives him her holofoil pow card.

When in the battle, she gives K.O. her hologram power, but only for a short time. 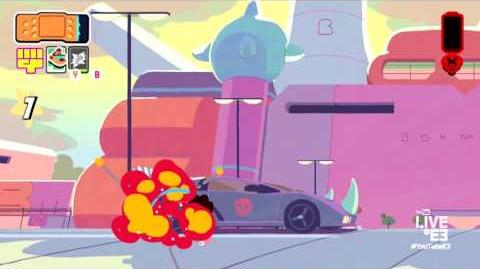 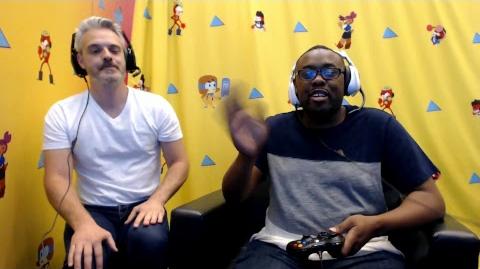 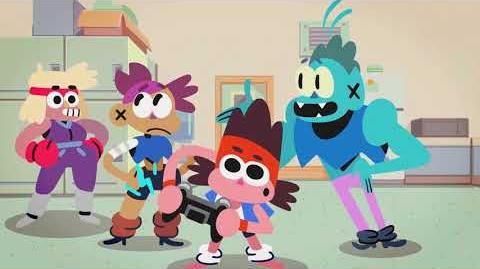 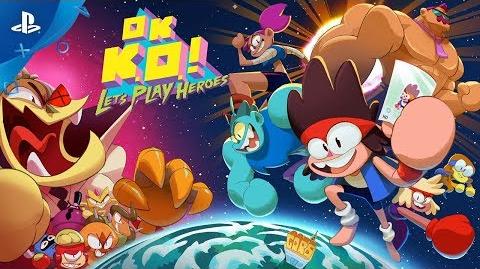 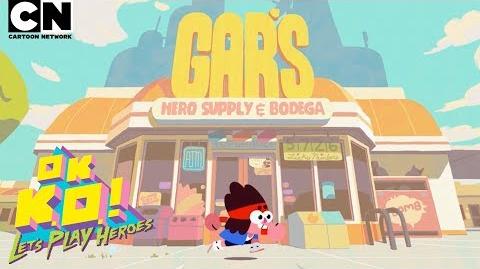