Dendy fills in for KO at the bodega.[1]

Dendy arrives at Gar's Bodega to meet up with K.O., but K.O. remembers that he has to go visit his grandmother, which also conflicts with his job at the Bodega. Dendy suggests that she substitutes at the Bodega for the day, having studied everything about K.O. and his daily routine to complete all his assigned duties in his place. K.O. agrees and everything is left in Dendy's webbed hands.

Enid immediately puts Dendy to work on cleaning the floors, which are continuously soiled by customers despite her efforts. Using her Hack-Pack, she hacks the cleaning sponge to quickly and efficiently wipe everything down with minimal effort. Her job done early, she enjoys a laugh at Rad's expense as she sees him asleep on the floor. Dendy then proceeds to help Enid at the register by giving Dolph Finn a cryptic answer to his question on what color hair-dye he should buy.

The alarm sounds to herald Boxmore's daily attack on the plaza. Today's opponent is Ernesto, Boxmore's business bot who is clearly not used to fighting like his siblings are and stumbles in his attempts to emulate their tactics. Recognizing this as the part of the day when K.O. would learn a life lesson, Dendy gives Ernesto some constructive criticism based on her own experience and tells him that he should just be himself. Ernesto takes Dendy's words to heart and unleashes his own combat skills, which end up being more powerful than Enid and Rad can handle. Dendy creates a exoskeleton in K.O.'s image to fight Ernesto with, appreciating the irony that she herself is imitating K.O. in her own way as she sends Ernesto flying back to Boxmore in defeat.

Rad and Enid thank Dendy for her help and ask if she can fill in for K.O. more often, but Dendy declines and admits that the one thing she can't understand about K.O. is how he's able to complete his daily routine every single day. When K.O. returns from visiting his grandmother, his friends are eager to share with him the day's events, and Dendy smiles at completing K.O.'s last task for the day: having a final tender moment. 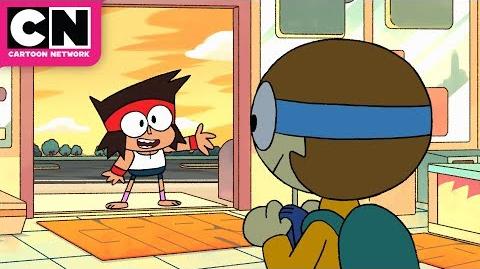 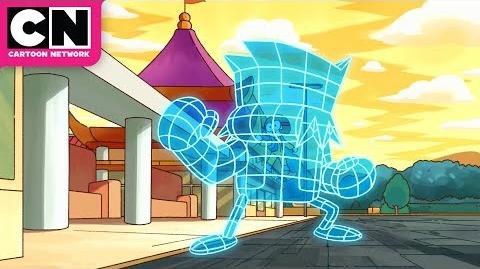