OK K.O.! Wiki
Register
Don't have an account?
Sign In
Advertisement
in: Soft Canon, A to Z, Episodes, Shorts

K.O. makes a documentary of a day in the life of his karate master mom, Carol.[1]

K.O. holds a camera to his mother's sleeping face, which both surprises and upsets her. K.O. explains that he's making a documentary of her; entitled "Carol on a Tuesday". K.O. then goes on to film his mother doing different tasks throughout the day; such as making breakfast, driving through town, and even exercising. At the end of the day, Carol tucks K.O. into bed, as he falls asleep.

The next morning, K.O. sits Carol down to show her the documentary. It turns out that K.O. was holding the camera at strange angles, which resulted in the documentary being very off-focus. However, Carol loves it and gives her son a big hug. She adds that it should be posted up on the internet. 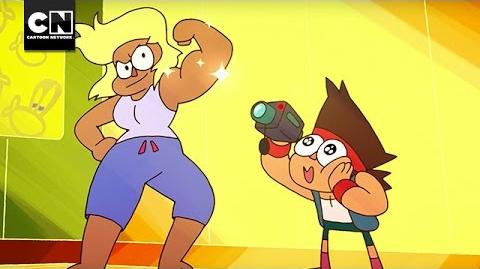