Ben Bates is a character/prop designer in OK K.O.! Let's Be Heroes. He draws the model sheets to be used as a reference in the episodes' production. Initially working freelance, he joined the crew full time starting with "Soda Genie".[1] Previously, he was a storyboard artist at Marvel Animation as a storyboard artist on Avengers Assemble. He's also known for being a comic book artist, working on titles such as Archie's Sonic the Hedgehog, Archie's Megaman, and IDW's Teenage Mutant Ninja Turtles. 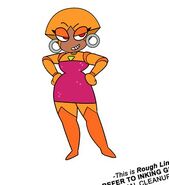 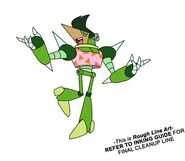 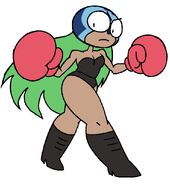 Retrieved from "https://ok-ko.fandom.com/wiki/Ben_Bates?oldid=133689"
Community content is available under CC-BY-SA unless otherwise noted.