OK K.O.! Wiki
Register
Don't have an account?
Sign In
Advertisement
in: A to Z, Crossover episodes, Episodes,
and 2 more

When a long lost hero stumbles into Gar's, KO agrees to help him complete his years long quest.[1]

After fighting a massive army of Boxman robot's, K.O. monologues how long he has work at Gar's Hero Supply & Bodega. He notices his Pow Card has still hasn't level up past 0.1. At first he insists to continue training, however, Rad and Enid prefer to take a break in a kiddie pool. Their relaxation is interrupted by Darrel, who is dressed as a cowboy, declaring himself a limited edition robot.

However, Darrell is quickly defeated by Hero, a legendary RPG-themed hero. K.O. is easily impressed by Hero and asks to go with him on his quest. While traveling with him Hero tell's K.O. that in order to level up you need to repetitively do the same thing over and over again.

While journeying, K.O. finds this method of repetitively fighting monsters tiresome and aggravating. When they reach the castle and have to race to the top of an endless set of floors the reach Galagarion, Hero's arch enemy.

At first, K.O. and Hero attempt to bum rush and fight Galagarion in synch, however, Galagarion reveals that he is at a higher level than them. At first, Hero insists go back to training, however, K.O. insists that there is more life than leveling up and that he needs to take a break.

Hero realizes that he left so many people behind and forgot that he needs to live life. He decides to take a break from battling Galagarion and to return home. K.O. returns to the pool with Rad and Enid, when asked if he would like to look at his Pow Card, K.O. says that he can wait.

We see a special epilogue for Hero as decided to return home to Cherry. A year passes, and it's revealed that he got married to Cherry and had a child named "Spaghetti". He decides to set off another journey, this time as a family with his wife and child. 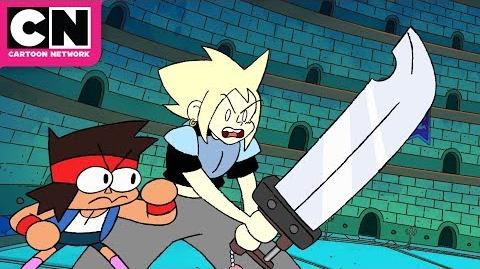 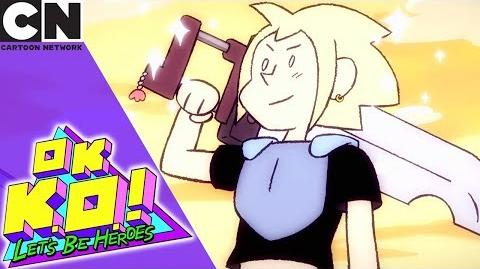